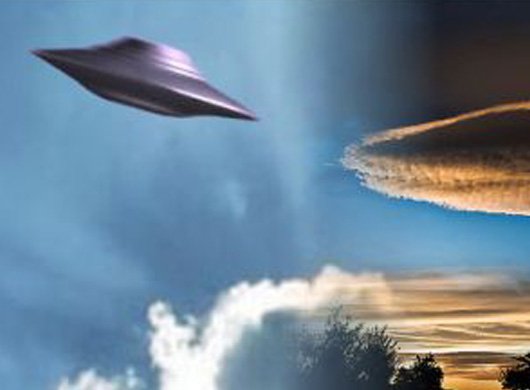 The Unknown Flying Objects (UFOs) are an attractive kind of enigma for the many,as I, who has seen one through the distance. There is no doubt at all! Our nature enjoys those things which contain some sort of mystery. What are they? How they work? What are their crew’s looking for or what are their purposes with us? These are some of the questions we usually ask and up to now they have not been answered in a convincing.manner. There are many theories going from being mechanical to being from other dimensions or heaven. Discretion tells us that without any evidence we can only speculate, but this is something we are not intending to do here.

We are very conscious that any firm and astounding assertion must be based on a solid and trustworthy foundation. Our foundation, as for as for any genuine prophet of the Lord, is the Holy Scriptures, which is, the Word of God. The great apostle Peter, in relation to the Sacred Book, declares, “And we have the word of the prophets made more certain, and you will do well to pay attention to it, as to a light shining in a dark place, until the day dawns and the morning star rises in your heart” (2 Peter 1:19).

Throughout the years the Bible has proven to be reliable. This Book contains some scientific concepts far before their discovery, and contains many historic events, even thousands of years before they occurred, that prove its credibility. However, many scientific minds provided with “scientific” arguments pretend to destroy the truth but they are like the ones that shoot into the darkness and are wasting their time, but above all that they are losing their souls because “…I am Jesus, whom you are persecuting,…” (Acts 9:5). It is known by all the inconsistencies of the so-called science. It changes so much that if we compared the so-called science against the Scriptures we will see how unreliable science is.

No matter which is their “nature” ( technological or astral) we must all agree with the fact that they are means of transportation. According to the Scriptures, the word cloud appears 150 times and in about 50 occassions it suggest the idea of a sort of vehicle. In the beginning of this magazine issue we point out the following fact:

God made himself into a man to be able to live with and establish a relationship with his creatures (angels and man) in the Person of Christ. Once God became a man, it must not be a surprise for us his human behavior.

That being the fact that he behaves as a human, He and his angels use means of transportation, too.

We will present to you a series of Bible passages that will make evident the fact that the Holy Scriptures contains reference in relation to means of transportation, leaving no doubts on this respect. Such means that we can properly give the name of unknown flying objects (U.F.O.):

“I looked, and I saw a windstorm coming out of the north -an immense cloud with flashing lightning and surrounded by brilliant light. The center of the light looked like glowing metal, and in the fire was that looked like four living creatures”(Ezekiel 1:4-5).

Here is an undeniable evidenceabout this matter in the following extraordinary biblical statement: “As they were walking along and talking together, suddenly a chariot of fire and horses of fire appeared and separated them, and Elijah went up to heaven in a whirlwind.” (2Kings 2:11)

It is obvious and truly evident that every time it mentions anything regarding the Second Coming of Christ, it always mentions the fact that “something” holds up Jesus in the air: clouds, chariots of fire, or horses. One thing is for sure: God made himself into a man in the Person of Jesus Christ and according to the Book of Acts 1 verse 11 He will keep his human form for ever. This implies that even the fact that Jesus is God he decided to be a man in order to live together with mankind.

By no means we intend to underestimate the Lord’s great power, but it is clear the fact that God, in his own Sovereignity and Will and by his own iniciative and desire “to be put into effect when the will have reached their fulfillment – to bring all things in heaven and on earth together under one head, even Christ.” (Ephesians 1:10). It is then, a great mistake by those who proclaim that God’s transcendence could be at risk and that his Power and Might is being minimized or is being questioned.

What we intend to do is to recognize his Will an Sovereignity. Let you understand, I am being very clear in this matter: God chose to be a man! He did not have to make himself a man, but he decided to incarnate to save man and dwell with him for ever.

To dwell means to have a relationship, and having a relationship requires being in the same sphere or environment. Therefore, God, through his Son and Representative, uses means of transportation. Man is the one who really has a need for a mean of transportation or vehicle to travel; God has no need for it, but He decided to make himself a man, and act or behave as a man –to eat, to drink, to travel and to love — in order to have a close relationship with his creature. “When the son of Man comes in his glory, and all the angels with him, he will sit on his throne.”(Matthew 25:31)

The certainty that Our Lord will return with all his saints implies an eternal companionship with his creature– this proves that we have the Revealed Truth –and that Christ and his saints (angels and man) will share and live together according to the creature’s needs, and not at the level of God’s Might. Man will never achieve the level of God, and God will not allow that to happen due to the fact that allowing it would put at risk God’s Sovereignity. This was the exact reason Lucifer pretended to be like God, and pretended to reach a level which God reserved for himself.

It is evident the fact that man was created to live on earth forever. This planet will never be destroyed, but it will be transformed and renewed. Man will be able to travel to other worlds, which will permit an interplanetary relationship. However, the earth will be our Eternal Home (Matthew 5:5). “The highest heavens belongs to the Lord, but the earth he has given to man.” (Psalm 115:16)

The Reasons for the Conflict

Extraterrestrials by the light of the Scriptures

Vindication Part 3: Analysis of Revelations 10 as Foundation of our...