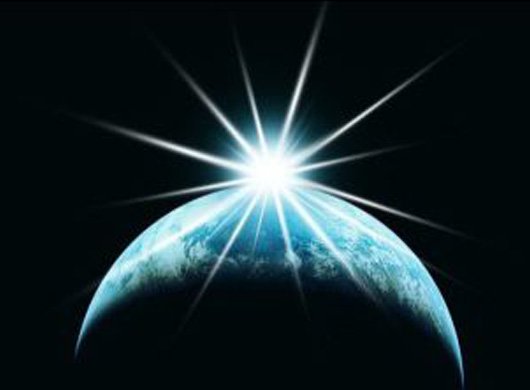 Dear beloved readers, it has been our intent in these series to clearly uncover the prophesied great satanic deception against mankind.  We are in the midst of a final pivotal conflict, and we must make a decision and choose on what side we will stand:  For those who depend by faith in Christ or those who depend on their physical senses.  Remember, my friend that the object of this conflict is faith (those who truly believe without seeing and trust in He who never fails a promise or those who only believe in what they see.

There are many unscrupulous preachers capable that cunningly mislead the many through the senses.  As the trustworthy apostle Paul said on the epistle to the Ephesians chapter 6 verse 12, that we are not wrestling against flesh and blood but against the powers, the spirit forces of wickedness in the heavenly sphere, that is, our planetary realm, which has been his permanent dwelling introducing themselves subtly and stealthily as described by Jude: “For certain men have crept in unnoticed, who long ago were marked out for this condemnation…” Pay attention to this detail, dear reader, we must ask ourselves: Who else these who were before of old ordained to this condemnation but the rebellious angels that were cast down to earth?  No doubts about this, these are angels who have incarnated into humans to creep in unawares as described in this prophecy.

Satan brought with him many preexisting angels who are now disguised as humans and, as I have told you before in the previous article of this series, they are scientists with quite logical arguments which evidence their highly superior intelligence beyond human capacity.

Satan’s pretension is to God’s purpose, but as we all known this will be impossible for him to achieve because God has presented irrefutable biblical arguments to avoid us from being misled by false teachers.  The Lord has appointed with this critical mission:  To uncover and refute the extraterrestrial beings and their master plan known as the Secret Rapture or the Visitation for they are one and the same event.

If anyone proves me otherwise by the light of the Scriptures, I will humbly accept my error; but we will not step back for anyone who pretends to argue with personal attacks or merely human reasoning, for human thinking or experiences has never been reliable foundations to be depend on.  The foundation to depend on must be an objective and unchallenged source as the one I use:  The Holy Word of God known as the Bible.

This servant of yours can confidently affirm to all readers that the so-called extraterrestrials are no other than the fallen angels who were cast out from heaven and who intend to kidnap the human race, and they will come for this not flying with wings (angels have no wings) but on board flying vehicles which are known to us as UFOs (about this topic will present broader evidence in following articles).

Satan is struggling to survive

Satan is in the midst of a fierce conflict against Christ.  This war has been taking place since ancient times in heaven, long before the creation of man.  Lucifer as the most beautiful and intelligent of all angels, but after his rebellion against God and after he was ousted from heaven he drew third of the angelic population with him.  We can infer that man was created to replace that third of the angelic population lost during the rebellion (read Revelations 12:4 and Zechariah 13:8 in order to fully understand this inferecence).  As a consequence, God, who knows the exact number of beings to be saved or restored, continues to work in order to reach that number.  On the other hand, Satan pretends t avoid God’s goal.  Only God and Satan know the exact number to be reached; but only God knows the remainder.  Remember this: For many be called, but few chosen.  God advices us to let no one take away our crown (Revelations 3:11).

With these past statements we want to give significance to the conflict of the ages so you can understand why Satan carries out constant attacks against Christians.  Satan pretends to deceive even the very elect (Matthew 24:24) in order to avoid at all costs the number the God has proposed himself to reach in this desperate quest to save his own life, for he knows that as soon the goal number is reached the post-millennial end in order to buy some more time to see if he can find a way to destroy Christ and His hosts.  For this purpose, he incessantly experiments with genetics in quest t find the secrets of eternal life, but God will destroy him before this dangerous enemy achieves immortality.  Dear reader remember Satan’s main purpose:  To hinder at any cost God’s conquest of souls, using all sort of trickery and craftiness to led astray the People of God.

We have already explained to you that the extraterrestrial or fallen angels are spreading Satan’s false gospel.  We have also mentioned that they are the ones responsible of strange animal mutilations around the world, which uses to fabricate these beings known as “rigeleans”, “reticuleans” or “Greys”. (Notices that the eyes of these beings are similar to cow’s eyes and their hands the appearance of hen’s feet).  God is a God of beauty and He does not create such grotesque-looking creatures; therefore, as we mentioned earlier, there is no doubt that “Greys” are Satan’s cloned puppets, which are set to create sudden mass fear and anxiety in a way that men will mistake them with demons.  There are still many who agree with me that these clones are like controlled pets being manipulated by the tall blondes.  Therefore, this is my constant advice to you, dear reader:  Do not let yourself be misled by outer appearance.  Do not welcome the tall blondes for they do not come from God.  Rather wait for the final instructions that God, as a loving father, will be giving to escape from this common enemy.

Do not welcome any so-called space ambassador who supposedly offers you salvation, for only Christ saved you in history, and you shall only wait for His true Second Coming.  The so-called extraterrestrials are offering from 200 to 400 years of life if you comply by acquiring a blameless personality of high morale.  However, Christ is offering to you eternal life in an undestroyable body (2 Corinthians 5:1, John 14:2) by free, only through faith and not as a result of achieving perfect morality.  Now, let us be clear on this:  In no way we are saying that we must not conform and adhere to ethical and moral principles, but this cannot be established as the cause for God’s acceptance, for the only cause for God’s acceptance is Christ’s vicarical sacrifice on behalf of all of us who accept His deed.  John 3:16 reads: “For God so loved the world that He gave His only begotten Son, that whoever believes in Him should not perish but have everlasting life” and Galatians 1:4 adds, “who gave Himself for our sins, that He might deliver us from this present evil age, according to the will of our God and Father.”

These statements might seem simple things of little significance; however these words are of crucial importance, for, as we have warned at the beginning, your life is at stake.  Satan, with his false message, pretends to rob you from the eternal life God wants to grant you.

If you have been able to understand these simple, but profoundly crucial truths, we can consider ourselves pleased.

UFOs and the Clouds

Extraterrestrials by the light of the Scriptures

Vindication Part 3: Analysis of Revelations 10 as Foundation of our...