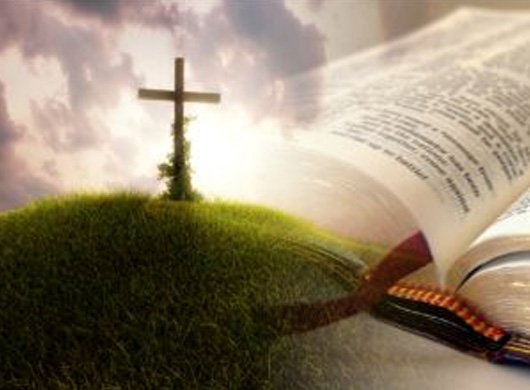 In order for the prophecy to work as a channel of revelation it must comply with the following requirement: to be preached by men chosen by God to become His heralds.  But not all men are capable of transmitting the Divine Oracles correctly.  Any man with outstanding intelligence might pretend to act as a prophet. In fact, many have come out pretending to be prophets from God but leading the people into confusion.  Many might profess to be experts but they have become mere mirages not the real thing.  Bottom line: They are not prophets from God.  They might display vast amount of human knowledge and outstanding scholarship but they do not possess the most basic and fundamental tool to become true prophets from God: The Holy Spirit, which gives us the sense of true understanding.

Beyond college degrees and high IQs there is what I call the gift of interpretation God equips His true prophets.  This is the way the messengers from God can break the code of what is been said “between the lines”.  This special ability gives the true prophet a greater range when finding out the main idea of the word.  This allows him to bring a more exact interpretation, I speak by myself: I can read and understand the true meaning of what is been intended to be declared between the lines.  I have an unblemished record: Not even a single mistake.  This is a special gift given only to those truly chosen by God.  While all the others lack of this gift, I surpass the limits.  When time comes to present a clear and final statement, I am the one who presents an ample interpretation of any specifics sent from God.  Others have a very hard time bringing answers – not to say that this is impossible for them.  An example of this claim is the fact that I can see the double- fulfillment of the prophecy with ease, while others can only see a literal or historical fulfillment of the same prophecy.  This words might seen too simple or superfluous to some but these words are crucial for every truth seeker readers, every Bible scholar, for every man of faith – for it is imperative to hear a true prophet which leads every soul to understand God rather than man because, as Peter the apostle wrote, “no prophecy of the scripture is of any private interpretation.  For the prophecy came not in old time by the will of man; but holy men of God spake as they were moved by the Holy Spirit” (2 Peter 1:20-21).

It might be that some may depend on their selfish desire or effort – that is, becoming show-offs who display scholastic skills or presenting an impressive theological and historical knowledge of facts or perhaps they might seem to bring good motives – and may impress the lay person with fancy wording.  However, that is not what the true prophet is made of, for so it is written, “So then it is not of him that runneth, but of god that shewed mercy” (Romans 9:16).

The main element here is this: The assistance of the Holy Spirit is fundamental. Therefore, the first thing that you must learn is to be able to distinguish between who is the one truly called by God and who is a pretender.

In order to be a specialized true prophet he must have a clear testimony of God’s call.  In addition, we must be capable to show our credentials by giving unequivocal evidence and real demonstration of prophetic interpretative capability.  Moreover, we must see the evident fulfillment of the prophecies we proclaimed.  And, all of this can be found in me.

I was called by God to be His prophet during the summer season of 1967, through an extraordinary night vision.  This happened to me during one of my stays at my parent’s residence in the small town of Hatillo in Puerto Rico.  Immediately, I began my Christian career.  I was part of the Seventh-day Adventist legality style, which in part helped me to elaborate my position regarding the legal background of the Gospel.  I rapidly became a preacher of the gospel while still being a member of the Seventh-day Adventist organization.  The result: I was unfairly expelled from such religious organization.  God, then, allowed me to become part of another movement, which was known in those days as “The Awakening” (El Despertar, in Spanish).  It is true that through “The Awakening” movement I learned a good amount of evangelical vocabulary, but it is also true that I was already a warrior in battle on behalf of the Truth, for in principle; I already had full knowledge of what the Gospel truly is.

By the way, it was my evident knowledge of the Gospel that started the fire of controversy within the Seventh-day Adventist circles – even before my first visit to the “Awakening” movement.  This is the way the story goes: I can say the same words the apostle Paul declared, “But I certify you, brethren, that the gospel which was preached of me in not after man.  For I neither received it of a man, neither was I taught it, but for the revelation of Jesus Christ.” (Galatians 1:11-12), “and Jesus answered and said unto him, Blessed art thou, Simon Bar-jo-na: for flesh and blood hath not revealed unto thee, but my Father which is in heaven” (Matthew 16:17). In no other way we can affirm that neither Paul nor Peter learned from other men.  This is not what is meant to be understood but it is the fact that the essence of the true understanding of the revelation comes from God.  Human teachers can only aid in shading up the information that has been received.  I also learned many things from other people: Among others, there is one I consider one of my greatest teachers, Mr. Francisco Rivera Porrata (a.k.a. Pakito), who willingly taught me the evangelical terminology.  God bless him wherever be is.  We will remember you always.  Do you remember when you told me, “Brother, you just need to get a hint of these things for you already have knowledge of them”.  Do you remember?

Therefore, it was evident, by the time I was invited to take part of “The Awakening” movement I was already a warrior who has taken a stand against the doctrine of the Seventh-day Adventist in their own backyard.  There is one thing undoubtedly clear: In principle, I received the Gospel from the Lord Jesus.  This is the way it has been and so it such an extent that after a couple of years, a spirit came to me and spoke the following: “Do not worry nor be afraid, for I am your Lord and Brother Jesus”.  Since then, He has declared to me that I am a pre-existing son and brother of His.  He has been standing by me giving me his assistance throughout my prophetic career.  Even my mind has been opened to allow me to “see” my pre-existent past in order to develop an eschatological theology of excellence.  He has drawn my attention to establish and develop a rock-solid foundation for my faith to give me the necessary strength to declare with full certainty who I am: The Prophet of the Final Days, second son of God, brother of Jesus, and the second final anointed chair master of the world, according to what is written in Revelations 11. One more thing: God has unveiled my mind several times allowing me to remember who I was in my preexisting life prior to my earthly birth. There can be no mistake on that.

If you are wondering why I am the son and brother of Jesus ay the same time, I want you to understand that the angelic bonds are a lot stronger and broader than earthly family ties.  In Genesis, for example, Lot is called Abraham’s brother because Lot’s father’s parenthood is extended to Abraham. This is similar to what occurs between me, this servant of yours, and Jesus Christ.  Therefore, due to the fact that I belong to that generational rank, I am also called son of God.

The Real Facts on regards to the Final Prophetic Call

Armageddon: The Last Milestone towards the End